Rheumatology in Tokyo—Similar but Different
​Philip L. Cohen, M.D.
Emeritus Professor of Medicine, Lewis Katz School of Medicine at Temple University
In early October, 2017, I was invited by Dr. Naoto Yokogawa to serve as Visiting Professor at the Rheumatology Division of Tokyo Metropolitan Tama Medical Center. I gave five lectures during a week’s stay, and was presented every day with 2-3 interesting patients.

On arrival, Rheumatology outpatients fill out questionnaires on tablet computers and are given a beeper to summon them when the doctor is ready. They are free to relax in the hospital atrium, where there is a coffee shop and a restaurant, a convenience store, and an area to chat or watch television.

The Rheumatology Clinic shares space with Orthopaedics, making for easy communications between the specialties. Orthopaedics sees almost all of the osteoarthritis patients, with Rheumatology seeing mostly inflammatory disease. Over 1,200 rheumatoid arthritis patients are currently being followed, and a well-designed database (SATO 120 NINJA) interacting with the electronic record system facilitates patient care and clinical investigation. Clinics are quite busy: half-day clinics average around 30 patients per physician, including new visits. The no-show rate is effectively zero. Coding and billing are not the concern of the doctors, nor does anybody seem to keep track of RVUs or other productivity measures. Verbose templates so common in our charts to add length to notes do not exist.

The hospital is not university-affiliated, yet it has training programs in 26 specialties. There are no medical students. The Internal Medicine and Rheumatology programs are highly regarded and competitive, placements being determined using a match system much like ours. Medical school in Japan is a six-year course entered directly after high school, and internal medicine residency is six years. Rheumatology fellows typically train for 2-3 years. All doctors are on salary, and Rheumatologists are paid salaries similar to other internal medicine specialists.

Several of the attendings are expert in performing temporal artery biopsies, which are done in a small operating room located in the clinic. Two doctors also perform minor salivary gland biopsies. Most of the young doctors are proficient in ultrasound.

The practice of Rheumatology has some interesting differences from the US and Europe. For example, hydroxychloroquine has only just last year been approved in Japan (thanks to tireless campaigning and clinical studies by Dr. Yokogawa). It is used very cautiously, for now. Tacrolimus, on the other hand, is very frequently used, especially early in the disease; yet rituximab is not approved in Japan for treatment of RA (it can be used in granulomatous vasculitis and ITP). Docetaxel (NFkB inhibitor) is available for use in RA, as is bucillamine (a D-penicillamine homolog). Opioid prescribing is practically non-existent; only tramadol is available, and it is rarely used. In treating SLE and vasculitis patients, clinicians depend on levels of C1q precipitins, and levels of circulating cytokines such as IL-2 and IL-6 are frequently measured.

There are two busy inpatient Rheumatology services, with Rheumatology staff responsible for direct patient management. Physicians seem unconcerned with length of stay: one RA vasculitis patient I saw had been hospitalized for 29 days and was expected to stay a week longer.

I was very impressed with the professionalism, hard work, and dedication of the physicians. Teaching conferences routinely are scheduled after 5 pm so that staff can see their patients. I gave an hour-long lecture each afternoon, followed by case conferences. The day didn’t wrap up until about 8 pm, yet the doctors seemed absorbed and attentive. It was nice to see that the normally serious Japanese have a playful sense of humor that often emerged during discussions. They seem to like each other and work well together.

There is an effort to remedy what some Japanese professors feel is a gap in exposure to the liberal arts (the medical students do not have an undergraduate college experience). My wife (an English professor at the University of Pennsylvania) was asked to give a “liberal arts” talk. Her lecture on confronting death in Thomas Mann’s The Magic Mountain provoked lively discussion; most of the staff had at least started to read this long novel, and a few had finished it (in Japanese, to be sure).

Although the Rheumatology program is not medical school affiliated, there are quite a few clinical research projects ongoing, and each year the Division has several EULAR or ACR presentations. There is a concerted effort to improve their English skills (not bad, really), and conferences are held in English (even when foreign visitors are absent.)  Modern Rheumatology, the excellent journal of the Japanese College of Rheumatology, is entirely in English.

Overall, I felt that Rheumatology was healthy and thriving in this Division. Their love and enthusiasm for the academic and human side of medicine was evident, and it was a great pleasure to visit. 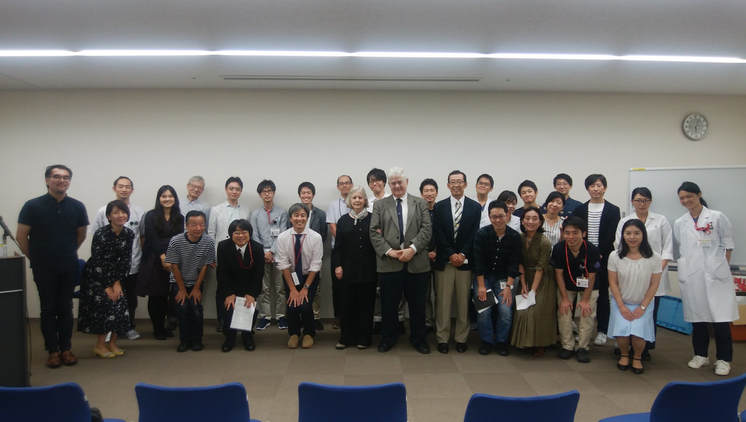 Figure 1. My wife (Anne Hall, Ph.D.) and I stand in the center of the Rheumatology group, with Dr. Yokogawa to my immediate right, and Division Chief Dr. Shogi Sugii to his right. 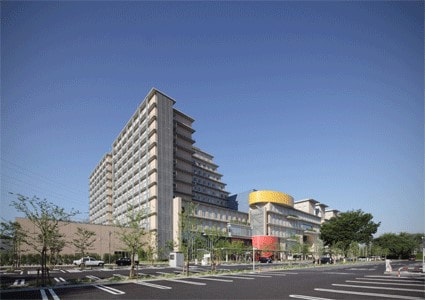